You are here: Home / Uncategorized / When Your Little Sis Gets Hitched

“Would anyone be willing to pick us up from Chicago?”

It was Sunday night, September 8. I looked at this text groggily, as I had just returned from a weekend women’s retreat up in Wisconsin. It was difficult being interrupted from my date with the couch, the TV and my equally groggy husband who was being attacked by killer allergies.

A two-hour drive and back on Monday night to pick up my sister Shawna and her new husband returning from their honeymoon wasn’t on my list of exciting things I wanted to do. Fortunately they found a cheap rental car.

I called Shawna later to figure out exactly what their game plan was. She had my luggage and I had her mail.

“So are we going to see you?” I asked. “If it’s easier would could try to drive out to Le Roy and pick up my bag while you’re loading your car so you don’t have to come back into town.”

“No, we’ll come by your place. We have to drop the rental off at the airport anyway.”

If you are completely lost and confused as a reader at this point, don’t worry — so was I. I am confused all the time. Especially when Shawna and I try to coordinate things.

We must have figured something out. Shawna stepped through our front door somewhat anxiously Monday night a little after 11. I awoke from the couch where I was waiting for her. We exchanged hugs, said goodbye, and I reminded her jokingly (sort of) that I thought she and Joel were crazy. Then off they went, loaded on caffeine, to their new home together in Atlanta. Atlanta, Georgia. That’s several states away. They drove overnight (after flying from Las Vegas earlier that day and then driving from Chicago) in Shawna’s 1996 Toyota Tercel (tin can death trap) to their new place together so that Joel could go to work the next day.

Either they’re crazy (perhaps as evidenced by the absurd amount of parenthetical asides) or I’m getting too old for these kinds of shenanigans. Two and half weeks after their wedding now, Joel is on a business trip in Russia while Shawna tries to figure out city life in midtown Atlanta. 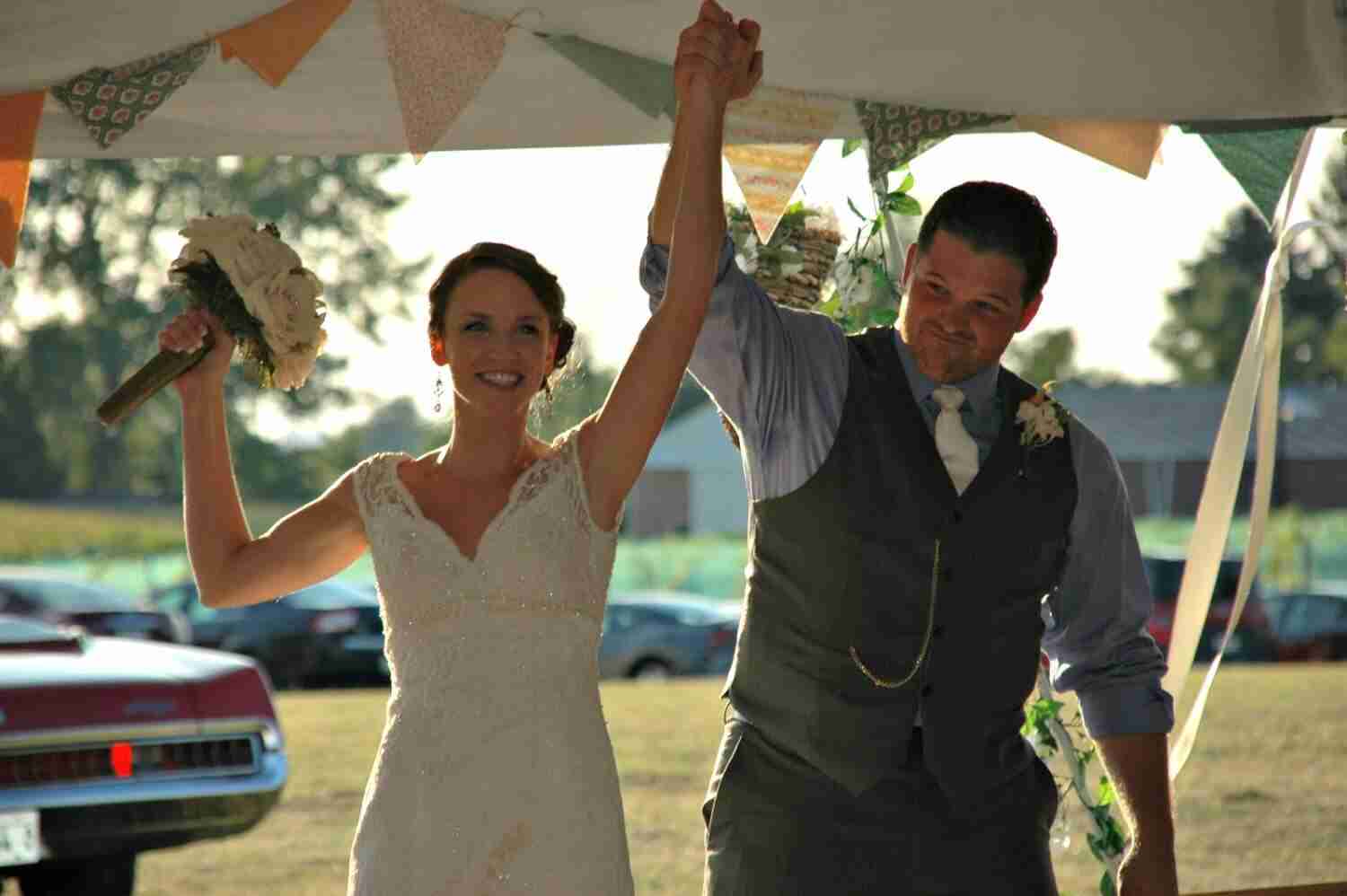 These two were made for each other.

Sidenote: this assessment of insanity coming from the one who moved to Alaska on a whim with a guy she’d been dating for a few months, got married a couple months later, then four years later drove across the continent while pregnant and with a one-year-old in the back seat. We all might be due for psych evals. But I digress.


I missed Shawna terribly the instant after she left. They blew through town like a tornado and then they were gone. It was fitting, representative of my view of Shawna on a broader scale.

Two and a half years ago, Shawna blew into town in a similar fashion from Montana–almost overnight. She crashed at my house for a while. Somewhere around the time she met Joel, she decided the Midwest suited her and wanted to stick around.

She stayed at my house for a few months before hopping around to no less than three, maybe four other living arrangements over a couple of years. In the meantime we argued like sisters do about really important things like “I can’t believe you borrowed my makeup without asking” and “you looked at me funny” and “you talked to me in a tone that made me feel really disrespected.”

We disagree on a lot of things. Over the course of our lives we have competed on rival soccer teams, had different tastes in clothes and music, gone to different churches and butted heads about how to have healthy relationships.

But there are unspoken things we always agree on. We always apologize (and it usually goes both ways). And we always forgive. Because that’s what people who love each other do.

So while my adventurous sister continues to blow around like she does, I’ll continue bossing her around and shaking my finger like a big sister should — over the phone. At least now she’s got a worthy travel companion in Joel, whom I happen to adore.

Sisters are special, and I plan to never take that for granted. I love these girls.