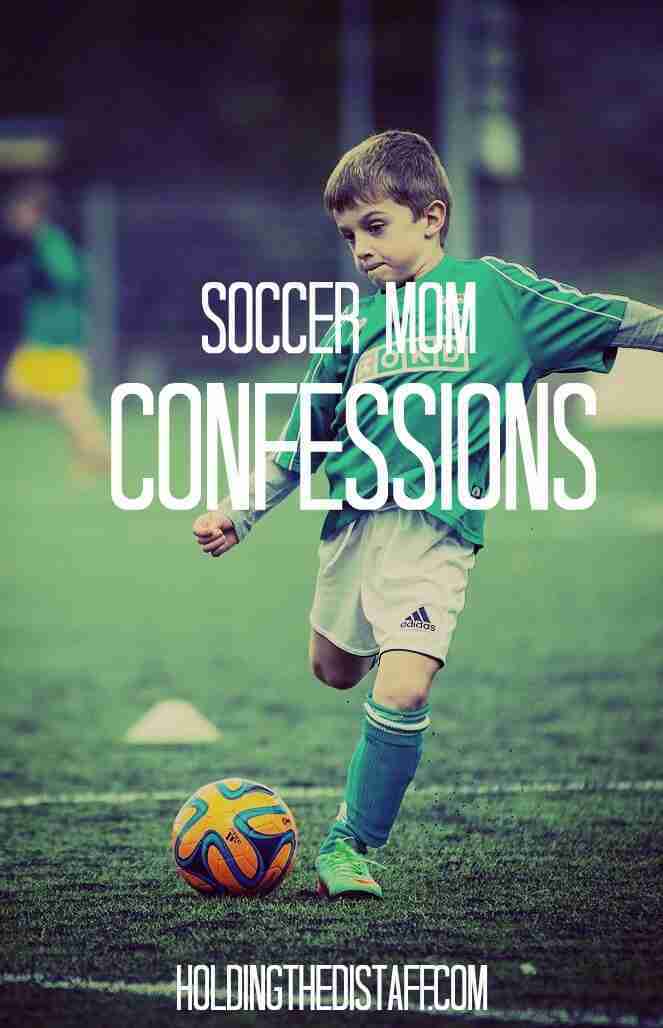 Five-year-old with limited capacity to know which way the goal is: check. 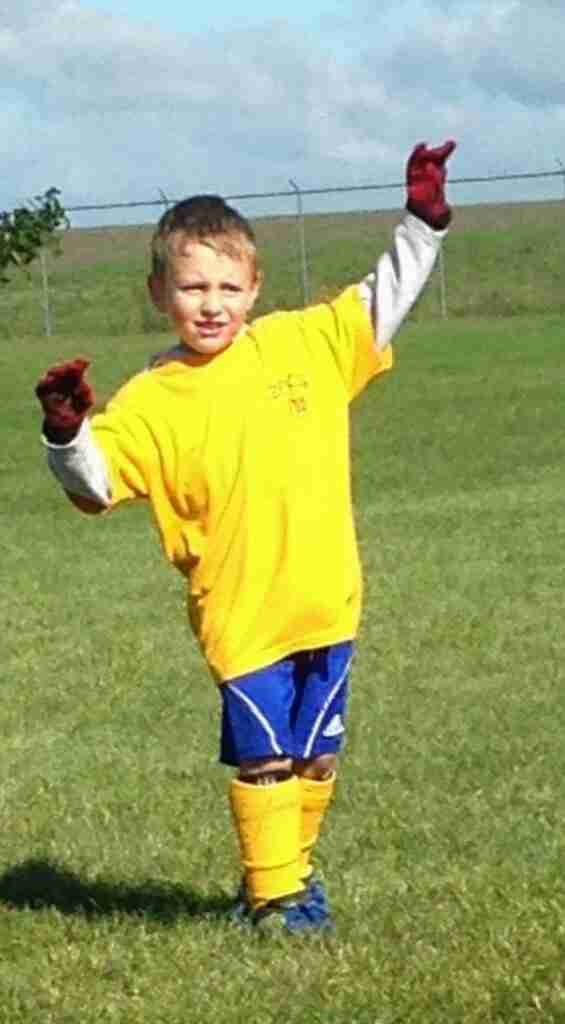 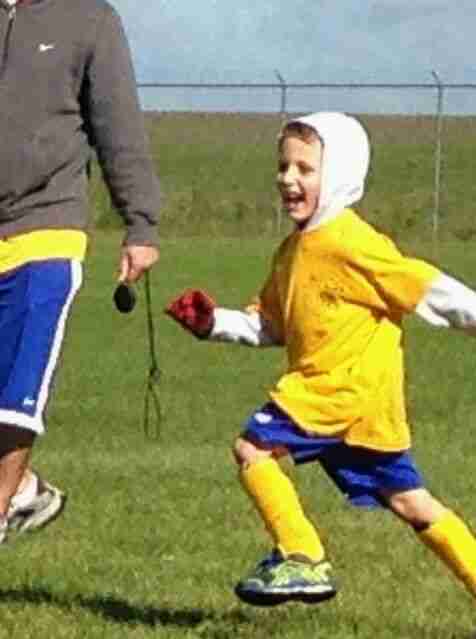 It’s here. I’m a soccer mom. Little did I know that after my adolescent years of intensely competitive soccer, this was my destination. Forget being a collegiate athlete when you can be sitting on a sideline clenching your fists watching people a third of your size, trying not to laugh when they have to stop the game because the players are too distracted watching a plane take off.

We parents try to play it cool. Like we don’t care who wins or who contacts the ball last before it rolls into the net. But inside we cringe when the giant Goliath child on the other team scores another goal, and we cheer when our littler guys sneak around him.

True story. Goliath child. I think his name was Kyle.

We parents try to practice some sort of weird mind control method in which we sit on the edge of our chair and forcefully will our kids to move their bodies in such a way that they actually navigate a ball using a foot and not a hand and move said ball in the general direction of a net—the right net. We yell, “Kick it! Kick it!” And then wonder, Why would I say that? Think about it.

I never wanted to be one of those moms who lived vicariously through her children and screamed her lungs out on the sidelines and lived for Saturday soccer. I don’t think I’m there. Please stage an intervention if I ever am.

James’ first game was last weekend. They didn’t officially keep score, but man, Goliath child really slaughtered them single-handedly. Or singe-footedly. Really, he just mowed them over with the brute force of his whole eight-year-old-posing-as-a-five-year-old body (Poor Kyle. It’s not his fault he’s huge, but he wasn’t very popular with the parents on our side.).

I was supposed to leave early to go to a meeting. We had planned to send the kids home with their grandparents after Marc and I left. My pre-mom self comes back to life in such scenarios, and I feel like I’m doing something important and meaningful outside of wiping noses and studying the deep significance of vocabulary words like “cat” and “bat.”

But James’ team was getting slaughtered, as previously noted. Marc and I debated what to do. After a somewhat disheartening first game, he wanted to stay and be there for our son to make sure he knew how much we supported him and loved him. I had a mini identity crisis meltdown on the spot. I hated  to look unprofessional in one of the only opportunities I EVER have to look professional, but I hated equally if not more abandoning my oldest son when he might need me.

We decided to stay. We gave James a big hug after the game and told him we had to go but were proud of him. I don’t think he cared that they got slaughtered because he was pretty proud of himself for every time he touched the ball. But he cried because he couldn’t come with us. Fail.

Oh well. At least my friends/colleagues didn’t tease me for being late. Oh wait, they did. Fortunately, I think they had all been there. Hooray for kids’ sports!

I originally wrote this post a few days ago but didn’t have any good pictures, so I decided to wait until I got those gems at the top of the page (notice no ball in any photos? Hmmm…) Wondering how Game 2 went? I think they tied. Or something. At least it was closer than complete decimation and there was no giant this time.

The best part was when James cried at the end of the game. Again. Because he was really sad that it was over.

Keep up on our family antics by subscribing to Holding the Distaff or following me on Instagram.