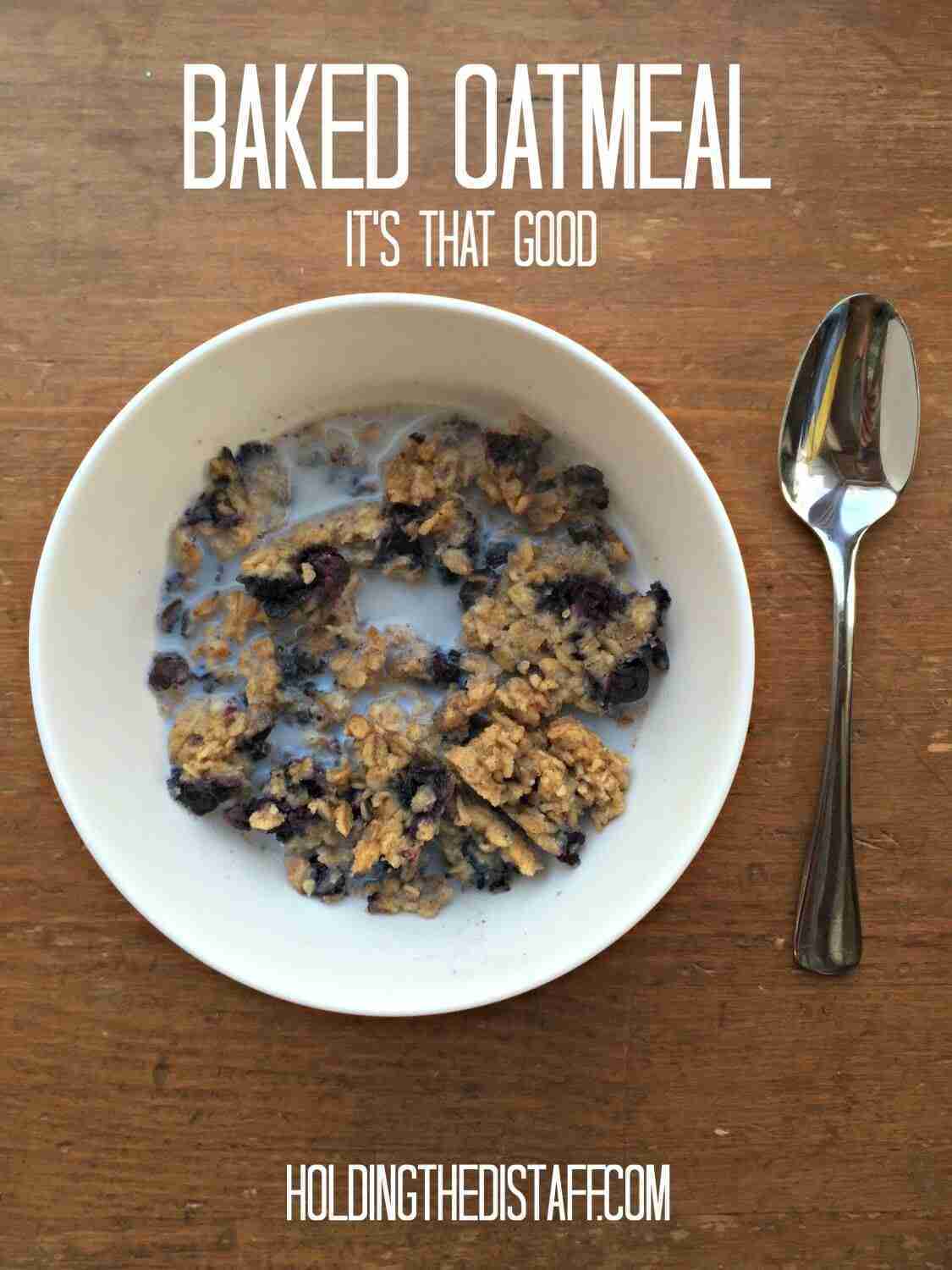 A few days ago I woke up to James tripping all over himself and crying as he came into my room. Yeah, good morning to you too, buddy.

This isn’t all that typical of an occurrence anymore now that he’s four, so we had a serious issue on our hands.

He would not reveal what the problem was. After repeated prodding it finally came out…we were not having baked oatmeal for breakfast. If we were, it would already be baking in the oven.

That’s right. I have a nutritious breakfast food that my son cries about if he can’t have it.

Don’t you want to know what it is and how to make this miraculous food? Would it totally blow your mind if I told you it was very easy? And that there are multiple ways you can moderate it to your liking?

*I’ve played around with the sugar and I think the recipe is still good with only half a cup. But do what you like.

Preparation
One of the great things about this recipe is that I recommend preparing it the night before! It takes five to ten minutes, depending on what fruit or toppings you put in.
1. Mix butter/applesauce, eggs and sweetener
2. Add baking powered, vanilla, cinnamon and salt
3. Stir in milk and oatmeal
4. Stir in desired toppings
Store it in the refrigerator overnight! You can also freeze it for later and then thaw it overnight when you’re ready for it (I don’t know about you, but if I make something yummy I pretty much want to eat it as soon as possible).
In the morning, heat the oven to 350. Pour the mixture into a greased pan (the bigger the pan the faster it cooks). Heat for 25 to 35 minutes, until the top starts to get a little crispy.
Serve it up in bowls while it’s hot! My kids like it as is, but I like to pour milk over it.
Mmmm. I think I might make some tonight….
Variations
As I mentioned, you can change this up a lot. Here are some of the variations I do:
That’s it! I hope you enjoy this very useful recipe!

Remember how easy it is to make your own stock with all those leftover bird parts at this time of year?

I was telling my mom about how thrilling it is making stock, and so she decided to pull out an old recipe that her grandmother used to make. That’s right – my Great Grandma Mary, born in 1900, full-blooded German, hard-working, tough as nails, make everything with lots of butter type of lady.

I don’t remember her much – most of what I know is what has been told. When I was a kid, I mostly remember visiting her in a nursing home. She recognized me less and less, and finally didn’t remember me at all.

But what a great way to remember her – through the kitchen. I think she spent half her life there.

I asked my mom where she think the recipe originated, and she said probably a newspaper or magazine, circa 1940s or 1950s. It was fun to think of that – real food hasn’t changed much in the past century, and it probably won’t even as tastes evolve.

The best part? It is made with wine. I’m a little obsessed with cooking with wine lately (maybe because I can’t have any?). You can’t go wrong with wine. It always turns out good.

Oh and the next best part is that it is super easy.

And the other best part is that it is so versatile – you can substitute any number of the ingredients to suit your tastes.

Are you ready for this?
You need:

Now, here’s what you do:
Everybody in my household liked this soup, although we all agreed we don’t love the zucchini. So hey, we won’t put it in next time – it’s not in season, anyway!
My mother-in-law tried it too. She omitted the zucchini, corn, and potatoes and added pasta instead.
I suppose you could omit the wine if you were against that sort of thing and just add another cup of broth…but seriously this wine makes the soup amazing. If you don’t have wine around the house, just buy cooking wine.
Have a great weekend – and for those of you sharing in this blizzardy fun, stay safe! 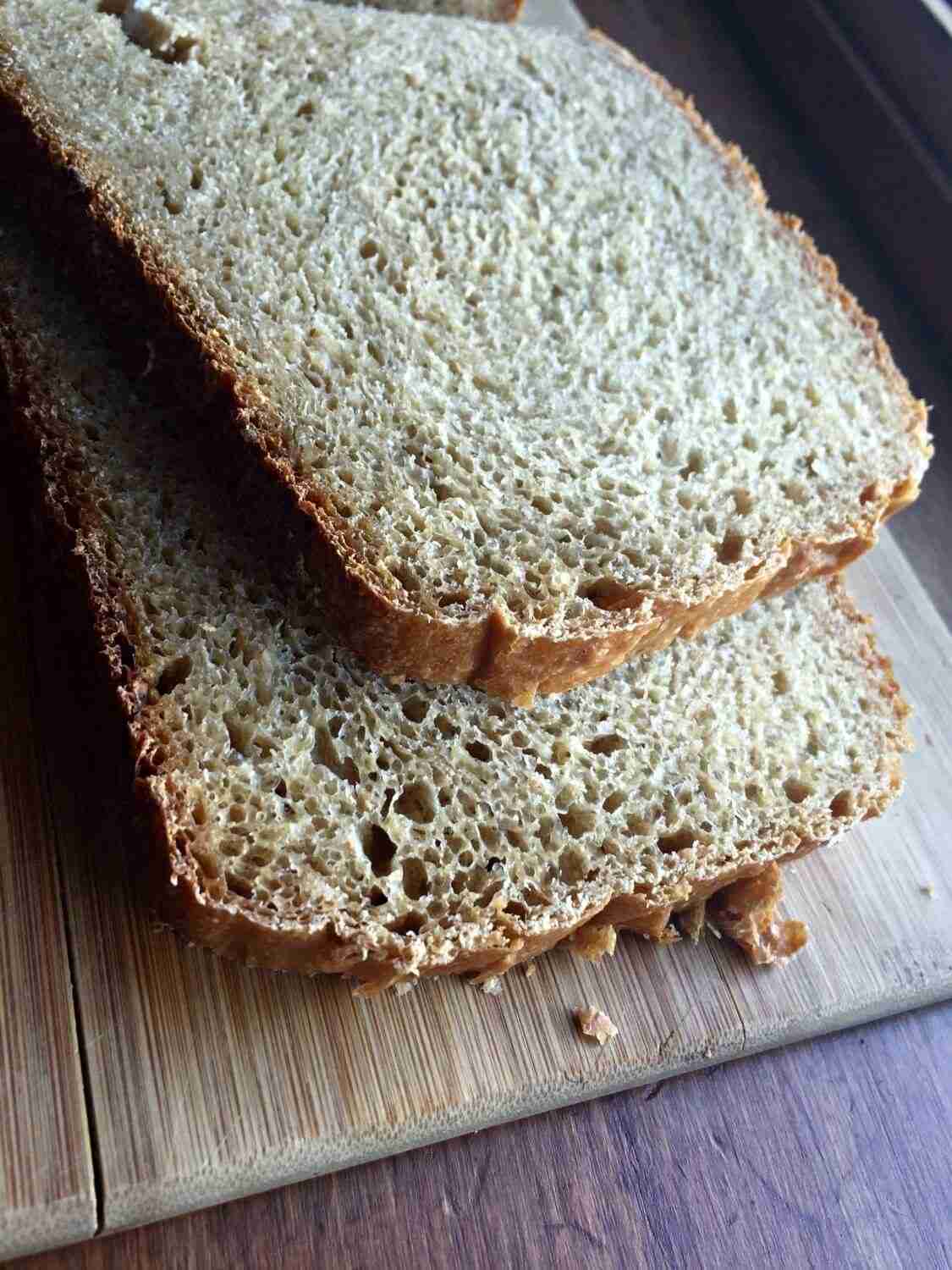