A Valentine’s Love Story—the Best Ever

Take note, gentlemen. This is pretty much a guaranteed way to get a wife. Ladies, you can pass this along to your significant others as a hint.

This story takes place in Seattle in February of 2006. I was a senior at the University of Washington. My boyfriend Marc lived in Illinois, about a five-hour flight away. We had been dating for about three months. Being typical college students (although technically he had just graduated), we were both fairly broke. Thus we savored any opportunity we had to see each other in person. Since we had first met the previous summer, we had only seen each other twice.

It was a typical gray winter Tuesday. Not much going on. I wasn’t feeling particularly cheery because I knew I’d be spending Valentine’s Day alone. The previous weekend I had gone to a Valentine’s party alone. On top of that, while we had chatted briefly over the phone, Marc seemed distracted and busy. I was scheduled to work my job at the University of Washington’s main library that evening from about 5 to 10. If we didn’t have the opportunity to talk before my shift, we probably wouldn’t talk again until the next day because his time zone was two hours ahead of mine.

I sadly walked up the steps to the library that evening as my shift approached, perhaps feeling a little dejected. I was trying to remain positive and not be upset with my boyfriend for making it a pretty lame V-Day.

As I approached the desk at my department, my co-worker handed me a red rose. He didn’t speak English very well, so the interaction that followed was somewhat confusing.

I figured that Marc had cleverly communicated with one of my friends to deliver me a rose.

“But who brought it?”

I started to get frustrated. I knew it was from my boyfriend, but who had dropped off the rose?? There was also a card with it that I didn’t look at.

My co-worker still insisted that my boyfriend had brought it, so I tried to clarify.

“You mean my boyfriend is here?”

He smiled and nodded. Clearly he was confused because he didn’t even know who my boyfriend was.

He pointed down the hallway to the “Reading Room.”

At this point I started to realize that the problem was not that he wasn’t understanding what I was saying–I clearly had not understood him! Somewhat shaken, I stumbled towards the Reading Room. At this library, it looks somewhat like a cathedral.

Quite a romantic setting, obviously. I walked in and sure enough, Marc was waiting for me in a suit and tie with a full bouquet.

So I did the logical thing–and ran away back out into the hallway .I think a part of me was trying to be practical and didn’t want to disturb people who were studying with a big scene (he still makes fun of me for it).

He chased me out into the hallway and gave me a big embrace. I still couldn’t believe it. He had found a substitute for my work, borrowed my roommate’s car, and had arranged a dinner for two at the Space Needle SkyCity restaurant (not easy to get on Valentine’s Day!). He had even given me enough time to go home and change my clothes. Not to mention he managed to fly across the country that day without making me even remotely suspicious! 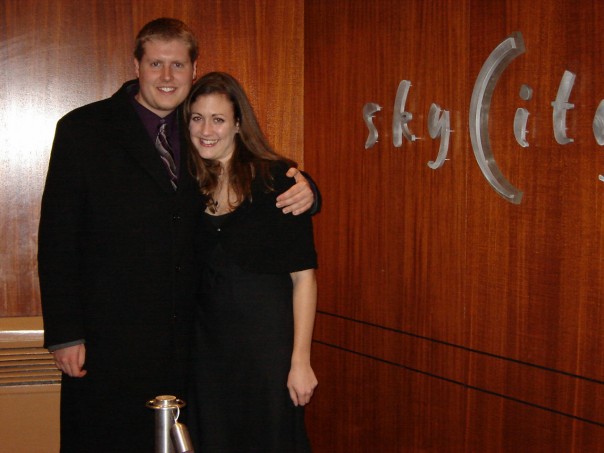 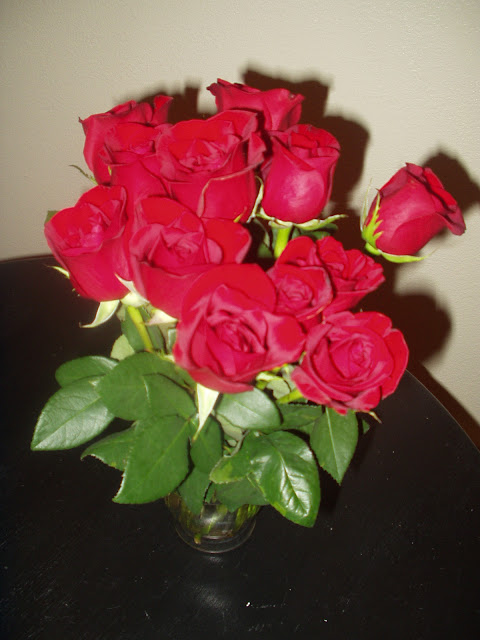 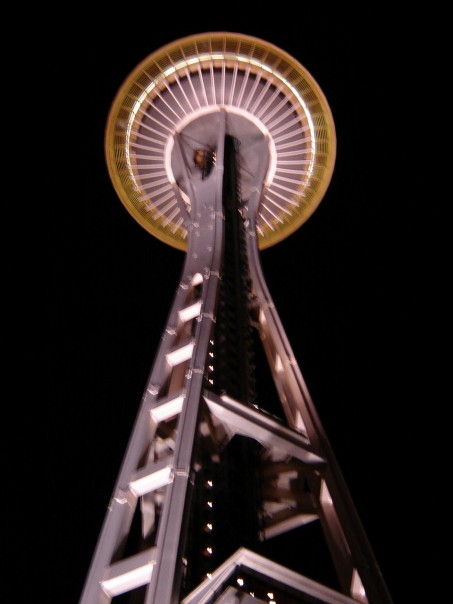 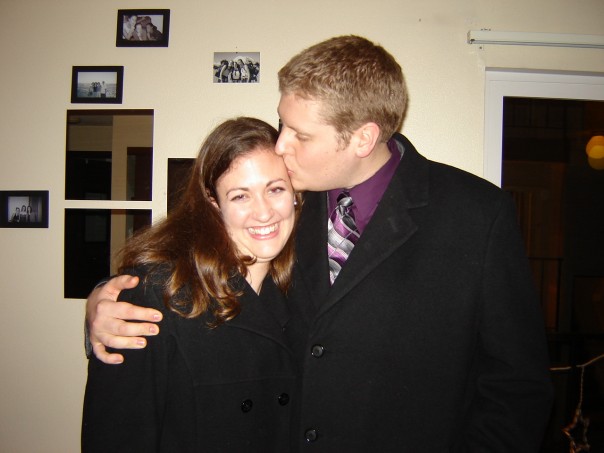 I don’t remember what we ate as we sat above the city in the famous rotating restaurant or even what we talked about. But I do remember thinking seriously for the first time, “I want to marry this man.” I knew he would get me the moon if it would make me happy. Six months later we both moved to Alaska, a month later he proposed, and two months after that we were married.

We’ve had a few Valentine’s Days since then, and I can honestly say I love my husband more each year. I don’t need (or really want) spectacular suprises like that all the time. But I still love to tell this story because it reminds me what a wonderful man I have.